We as Americans are protected “against unreasonable searches and seizures” under the Fourth Amendment to the United States Constitution. Search warrants are not to be issued for less than “probable cause, supported by Oath or affirmation, and particularly describing the place to be searched, and the persons or things to be seized”. If a judge finds that a policeman or other law enforcement agent violates an individual’s fourth amendment rights, then any and all evidence they collect as a result of the illegal search will be excluded at trial. This is what is known as the “exclusionary rule”. 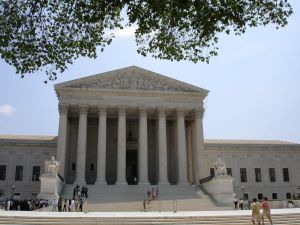 Consider this commentary regarding the exclusionary rule from findlaw.com:

“Although the exclusionary rule has not been completely repudiated, its utilization has been substantially curbed. Initial decisions chipped away at the rule’s application. Defendants who themselves were not subjected to illegal searches and seizures may not object to the introduction against themselves of evidence illegally obtained from co-conspirators or co-defendants, and even a defendant whose rights have been infringed may find the evidence coming in, not as proof of guilt, but to impeach his testimony. Defendants who have been convicted after trials in which they were given a full and fair opportunity to raise claims of Fourth Amendment violations may not subsequently raise those claims on federal habeas corpus because of the costs overweighing the minimal deterrent effect. Evidence obtained through a wrongful search and seizure may sometimes be used in the criminal trial, if the prosecution can show a sufficient attenuation of the link between police misconduct and obtaining of the evidence. If an arrest or a search which was valid at the time it was effectuated becomes bad through the subsequent invalidation of the statute under which the arrest or search was made, evidence obtained thereby is nonetheless admissible. A grand jury witness was not permitted to refuse to answer questions on the ground that they were based on evidence obtained from an unlawful search and seizure, and federal tax authorities were permitted to use in a civil proceeding evidence found to have been unconstitutionally seized from defendant by state authorities. 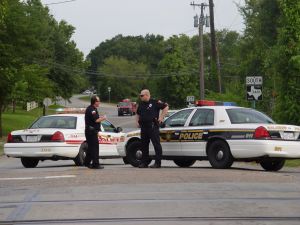 The most severe curtailment of the rule came in 1984 with adoption of a ”good faith” exception. In United States v. Leon, the Court created an exception for evidence obtained as a result of officers’ objective, good-faith reliance on a warrant, later found to be defective, issued by a detached and neutral magistrate. Justice White’s opinion for the Court could find little benefit in applying the exclusionary rule where there has been good-faith reliance on an invalid warrant. Thus, there was nothing to offset the ”substantial social costs exacted by the [rule].” ”The exclusionary rule is designed to deter police misconduct rather than to punish the errors of judges and magistrates,” and in any event the Court considered it unlikely that the rule could have much deterrent effect on the actions of truly neutral magistrates. Moreover, the Court thought that the rule should not be applied ”to deter objectively reasonable law enforcement activity,” and that ”penalizing the officer for the magistrate’s error . . . cannot logically contribute to the deterrence of Fourth Amendment violations.” The Court also suggested some circumstances in which courts would be unable to find that officers’ reliance on a warrant was objectively reasonable: if the officers have been ”dishonest or reckless in preparing their affidavit,” if it should have been obvious that the magistrate had ”wholly abandoned” his neutral role, or if the warrant was obviously deficient on its face (e.g., lacking in particularity). The Court applied the Leon standard in Massachusetts v. Sheppard, holding that an officer possessed an objectively reasonable belief that he had a valid warrant after he had pointed out to the magistrate that he had not used the standard form, and the magistrate had indicated that the necessary changes had been incorporated in the issued warrant.

The Court then extended Leon to hold that the exclusionary rule is inapplicable to evidence obtained by an officer acting in objectively reasonable reliance on a statute later held violative of the Fourth Amendment. Justice Blackmun’s opinion for the Court reasoned that application of the exclusionary rule in such circumstances would have no more deterrent effect on officers than it would when officers reasonably rely on an invalid warrant, and no more deterrent effect on legislators who enact invalid statutes than on magistrates who issue invalid warrants. 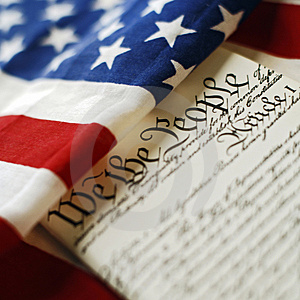 It is unclear from the Court’s analysis in Leon and its progeny whether a majority of the Justices would also support a good-faith exception for evidence seized without a warrant, although there is some language broad enough to apply to warrantless seizures. It is also unclear what a good-faith exception would mean in the context of a warrantless search, since the objective reasonableness of an officer’s action in proceeding without a warrant is already taken into account in determining whether there has been a Fourth Amendment violation. The Court’s increasing willingness to uphold warrantless searches as not ”unreasonable” under the Fourth Amendment, however, may reduce the frequency with which the good-faith issue arises in the context of the exclusionary rule.

If you feel that you have been the victim of an illegal search, you should definitely seek legal advice. The Supreme Court of the United States, as well as the Supreme Courts of the several states, have taken the relatively simple language of the Fourth Amendment and carved so many exceptions – that the protections it affords us now as American citizens are less than the protections provided forty years ago and most certainly less than our founding fathers envisioned. There are several tips to remember though to protect yourself from being the victim of an illegal search. Consider the following videos from www.flexyourrights.org:


Each case is different factually and there is no bright line rule as to when evidence is going to be excluded because of an illegal search. Our office has handled hundreds of these sorts of cases. If you feel you have been the victim of an illegal search in Middle Tennessee, please feel free to contact our offices.